Internal Robots is a video game website. Or at least it thinks it is. What it really is is a place for a group of friends, the “Robots” if you will, to play a bunch of games, discuss them and any other topic that comes to mind, and share that with the world. Why? Because why not.

After months of considering launching his own video game coverage, David Way took the idea to his long-time creative partner Domenico Perri to iron out the technical side. After agreeing that it was within their capability, the core group was assembled; united by their enjoyment of games and desire to put stupid things on the internet. 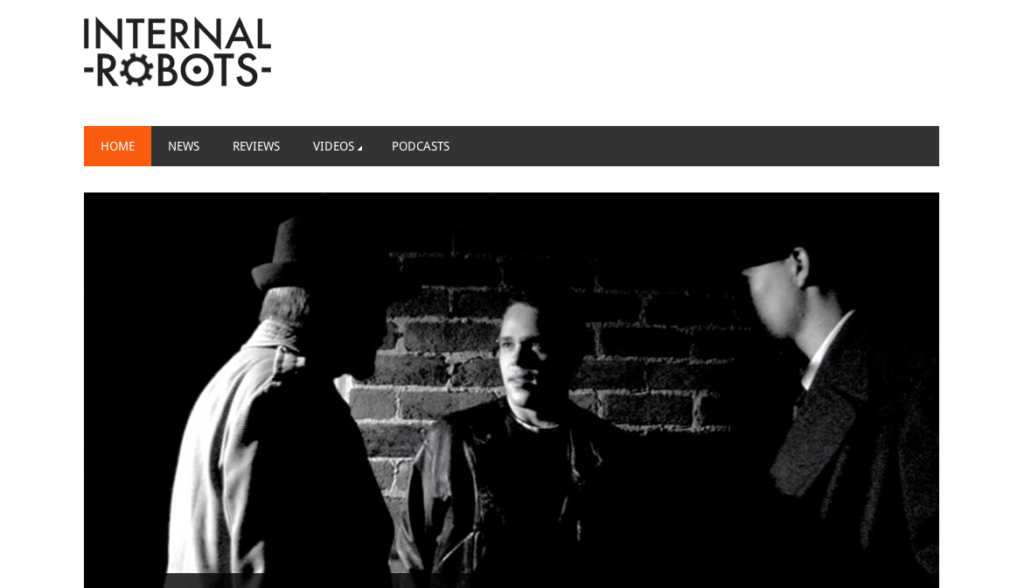 Internal Robots was founded on 2nd May 2013 by David Way and Domenico Perri, with content to be primarily produced by David, and Dom to serve as webmaster. Video and audio productions feature use of a variety of people gathered from a pool of friends and collaborators. Prior to the founding of Internal Robots, the crew has collaborated on several film projects under the studios ‘Stranger Thinking’ and ‘Barticles Productions‘.