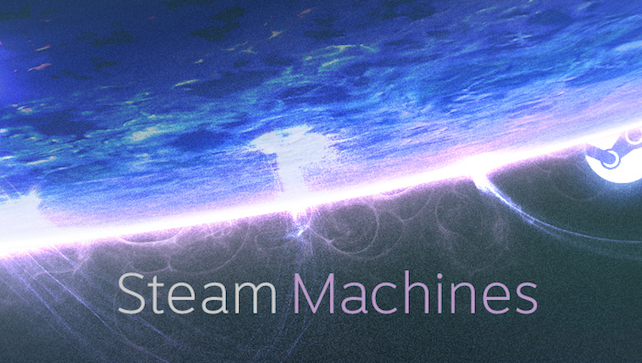 Following up their reveal of SteamOS, Valve has announced Steam Machines, their very own line of living-room hardware.

As has been all-but-confirmed for some time, what was formally referred to as the SteamBox will be available with multiple different specs and builds, from a variety of different hardware manufacturers. The Steam Machines will of course be running Valve’s SteamOS, and capable of using all the features advertised, such as In-home Streaming and Family Sharing.

Steam Machines will be available for sale in 2014, but until then the only way to get your hands on Valve’s box will be to participate in the beta testing Valve will be undertaking this year. Valve has put together 300 of their own high performance machine for testing, and will be sending them out to eligible volunteers.

Steam users may complete an “Eligibility Quest” in order to, well, make themselves eligible. The steps of this quest may be completed in any order, but must be done before October 25. Once complete you’ll get a shiny badge on your profile indicating your successful completion. The required steps are:

Valve says the details on hardware specs, appearance and other OS functionality with be forthcoming at a later date, but they have said that their Steam Machines will be open to customisation – in software and hardware. Finally, Valve teased (even more) what is quite likely their third and final announcement of the week: a controller, or some form of input device.

Am I going to be using a mouse and a keyboard in the living-room?

If you want. But Steam and SteamOS work well with gamepads, too. Stay tuned, though – we have some more to say very soon on the topic of input.

That announcement, or whatever else it may be, will be coming Friday, 27 September (or very early Saturday for us down in Australia).

More information on Valve’s Steam Machine is available on their website, as well as the lowdown on SteamOS, and a countdown for reveal #3. Stay tuned for more news from Valve.