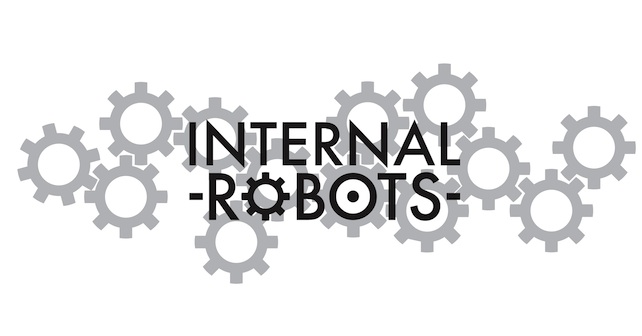 NB: I wrote up the following post at the end of 2012 and blogged it on another site, as Internal Robots did not yet exist to put it on. For posterity’s sake, here it is now for all your viewing pleasure. Please note that this particular GOTY list is my own person list, and not necessarily representative of the Internal Robots crew as a whole. At this time I don’t know how any future GOTY features will be handled, so I thought it was worth pointing out.

As I didn’t end up playing most 2011 releases until 2012, I couldn’t exactly make the list I wanted to at the time. So here it is, just one day over a year late.

An honorable mention to one of my favourite stories in a video game to date. Heart-wrenchingly beautiful, and told in a really creative and engaging way. The gameplay isn’t much, but it doesn’t need to be; the simple objectives add to the overall story piece by piece, whilst not getting in the way of progress – so very important as you want to know more as fast as you can. Wonderfully engaging and touching, with a great soundtrack to accompany it.

Honestly, I haven’t gotten that far through Dead Island despite three different play-throughs. Most of my time has been devoted to co-op, and thus there was f-ing around a-plenty, but if a game can facilitate such a fun experience then it gets points in my book. The combat was well crafted and appropriately refined and powerful. The location was visually brilliant and the story was… suitably open. I very much look forward to the next instalment.

A lot of my enjoyment of Gears of War 3 came from playing it co-op. I never had much of an investment in the story of the Gears universe, but the combat was (at the time of #1) refreshingly different and the social aspect managed to give me a fond enough experience to keep coming back. Having said that, I easily found the story of GoW3 to be best of the series, and very much the most well told. The combat was more refined than in the past, and most of the encounters more enjoyable.

It may have been how recently beforehand that I played Batman: Arkham Asylum, but Arkham City failed to keep my attention long enough for me to finish it the first time around. While the combat was just as fun, and at points even more satisfying, and the location was great looking and full of interesting details, I didn’t find the “open world” entirely to my liking. Still, the majority of the experience was just plain fun, and pretty badass.

While disappointing when compared to the high-highs of Dragon Age: Origins, I still had a really great time playing Dragon Age II. If you don’t compare it to the first game, it’s a game with a deep and strong story, with some good use of player choice, great customisation and fast, fun combat. It certainly had it’s flaws, and some were hard to over look, but overall it was definitely an experience good enough to be in my top 10.

A fantastically executed noir story, setting and visual style. Genuinely interesting cases, stories and characters, supported by brilliant performances (made possible by some amazing technology) and solid gameplay. An incredibly appropriate soundtrack that I have enjoyed extensively, and even made use of.

Visually and conceptually beautiful. A setting and and story that I really loved, with so much extra detail that I found it hard to not explore every inch and access every computer. Very enjoyable combat, that only lacked some better enemy AI and boss fights that felt like they were actually for this game. Great soundtrack.

Such a ridiculous ride that keeps you unexpectedly entertained every step of the way. Unfortunate that all the repeated events don’t hold up so well in the second play-through, but that first one took 30+ hours from me as I took over the entire map with a smile on my face.

A beautiful world for a beautiful story. With such intelligent and thoughtfully designed systems and a brilliantly told story so as to keep me coming back again and again. Simply amazing soundtrack, and intertwined masterfully into the game, whilst still being fantastic to listen to separately.

A rich, deep and wonderfully crafted lore and location that I couldn’t help but lose myself in. Combat strides ahead of the previous instalment, which was already enjoyable enough for me to S-Rank. Infinitely open, not just in terms of map size, but in customisation and ways to play too. A stunning and appropriately epic soundtrack. Oh, and m–f–ing dragons!

A near flawless experience with such high quality writing that I can only aspire to. Incredibly funny dialogue from wonderfully evolving characters with amazing performances. Challenging, creative and very enjoyable puzzles. Visually brilliant in style and detail, and a masterfully crafted soundscape. The delightful, contextualised co-op adds even more to the experience. Brilliant.