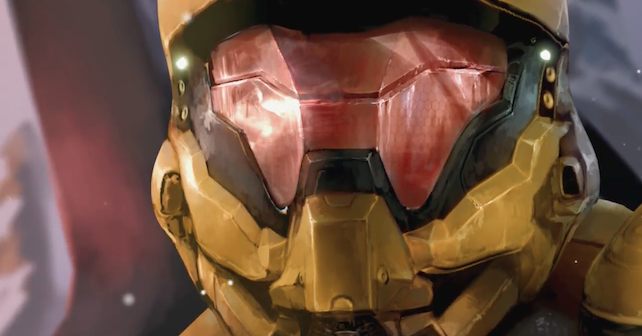 [Updated] It’s the week before E3, and it’s shaping up to be a big one with the imminent new consoles and the slew of games that will come with them. It seems, however, that someone already fired the starter’s pistol, as today brought several game announcements to light. Here’s a quick rundown.

Square Enix registered several domains for Deus Ex: The Fall back in March. Yesterday Eidos Montreal tweeted “Are YOU ready for The Fall?”. Today they released a rather brief teaser asking “Are we ready to being?”. The teaser also has tomorrow’s date attached, so stay tuned for updates on this one. It should be noted that a so-far-unnamed Deus Ex film has been confirmed to be in the works at CBS Films.

Update: Today Square Enix announced that Deus Ex: The Fall will be an action-RPG for iOS. The game is a direct sequel to the James Swallow novel Deus Ex: The Icarus Effect, in which you will play as augmented former British SAS mercenary Ben Saxon. The Fall is “coming soon”.

Rumours started yesterday when Lionhead Studios relaunched it’s Fable forums. Today a short teaser video was released, followed by confirmation from Microsoft and Lionhead that a Fable HD Anniversary Edition would be coming to Xbox 360 later this year. The updated game will include improved graphics, lighting, cutscenes and animation, as well as achievements.

Earlier today (or yesterday US time so as this sentence will make sense) Harmonix said they had a new project to announce tomorrow. Since then, the trailer for Fantasia: Music Evolved has been released. It seems to be an interactive music composition/remixing game, achieved through the motion controls of the Kinect. The game is to be published by Disney Interactive, and is inspired by Disney’s 1940 film ‘Fantasia‘. It will be available on Xbox 360 and Xbox One.

Microsoft announced Halo: Spartan Assault, a top-down action shooter for Windows 8 and Windows Phone 8, developed by 343 Industries and Vanguard Games. The game takes place between the two Halo trilogies and is concerned with the Spartan Ops program. In conjuction with this new game, Microsoft announced ‘Halo: Initiation‘, a tie-in comic series from Dark Horse Comics.

Whilst it was not announced today, but rather 5 days ago, Double Fine’s latest Kickstarter ‘Massive Chalice’ has now been fully funded. The project has pulled in more than it’s $725,000 goal in less than 5 days, and still has another 23 days to go. Massive Chalice is “a tactical [turn based] strategy PC game on an epic fantasy timeline”, with inspiration being pulled from the likes of X-COM, Fire Emblem and Final Fantasy Tactics. It will feature multiple family generations, permadeath, alliances, customisable heroes and much more. At the time of posting, Massive Chalice’s raised funds were $743,488.

Yesterday Telltale Games teased, via Vine, new content for The Walking Dead. The short clip, titled “Day 2”, features several new characters, focusing mainly on one fellow named Vince. Telltale had previously stated that the second series of the episodic game would begin in Q3 2013, and writer Gary Whitta suggested that they may even bridge the gap between the two series with additional content.

Square Enix’s Murdered: Soul Suspect gets a new video, full of revealing items, and a promise for more to come at E3.