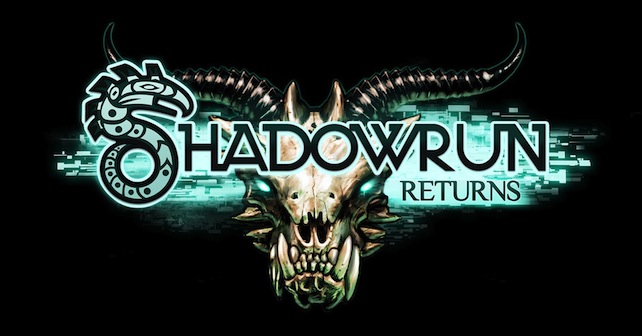 Shadowrun Returns provides a dynamic and deep strategy game wrapped in a dark and engaging world.

Shadowrun Returns revisits the world of Shadowrun: a not-too-distant future Earth that has seen the return of magic, and with it the rise of meta-humans like elves, trolls and dwarves (presumably not the kind we have already), and apparently above-the-law corporations. In this world exists a class of people called Shadowrunners; part private detective, part mercenary, they're highly skilled, highly covert and used for all sorts of less-than-legal things by whomever can afford to hire them.

In Shadowrun Returns you play as one of these Shadowrunners who is investigating the death of a former colleague and old friend. Naturally, things end up a little more complicated than they originally seem. The story of Shadowrun Returns is engaging and deep. The context and backstory of the world is present in every detail, yet rarely brought to the surface. This lack of explanation doesn't hinder the player's experience though, instead it provides a rich and interesting story to pursue if you're interested, or a vibrant backdrop to a self-contained personal story if you're not. The personal story is beautifully crafted, moving from a noir-esque investigation in the back alleys of the seedy underbelly of future Seattle to corporate espionage in a dystopian future ruled by cyberpunk mega-corporations, all of which is accompanied by gorgeous and detailed art, as well as a great - if a bit limited - soundtrack.

The world is rife with interesting characters with great personalities, many of which provide optional dialogue that reveals more about their story and that of the world they live in. While there is no voice acting, the writing - which harkens back to Shadowrun's tabletop RPG roots in style - is engaging and flows well throughout conversations. You are given numerous dialogue options for most responses, many of which can effect story or conversation progression, that can satisfy your roleplaying desires along the scale of saint to psychopath, but you are not limited within a Good/Evil system like many RPGs. Instead, many dialogue options are locked behind skill point levels (e.g. you can intimidate due to your high strength) or "etiquette", a way of talking that certain types will respond to that you choose at the beginning and can unlock more of as you level your charisma.

In designing your character you are provided with numerous options, which are unfortunately not given the most extensive of explanations. There's the obvious choice of race and character appearance, followed by a variety of options in class ranging from the deadly Street Samurai to the mystic Shaman, to the robot-running Rigger. You are also given the option of forgoing a class (for advanced players only) and defining your skills from scratch. The game does not explain that there are inherent restrictions involved in your choices, including race which actually caps specific stat levels, nor does it explain what effect your choice of etiquette will have. Most of this information is available once you have started the game and can look through your skill tree, which is expansive and open, allowing you to get pretty creative once you have some idea of what you're doing.

The classes are really just starting points so you're not overwhelmed by choice off the bat. Once you have skill points, or "karma", to spend you are free to spend it anywhere, turning your machete armed Street Samurai into a spell slinging Mage at any time, as long as you don't mind forsaking those few points you put in melee already. Unfortunately, the explanation behind some of the skills and classes is also lacking. For example, part way through my play-through I dropped a bunch of karma and money into making my character a novice Decker - a computer hacker that allows you to turn certain tech in the environment to your advantage - a class and application of which I had encountered in a story mission. I couldn't figure out how to immediately "equip" the programs I had purchased, so they all ended up collecting dust in my stash for the rest of the game. It wasn't until one of the late story missions that I realised exactly how the Decker worked. 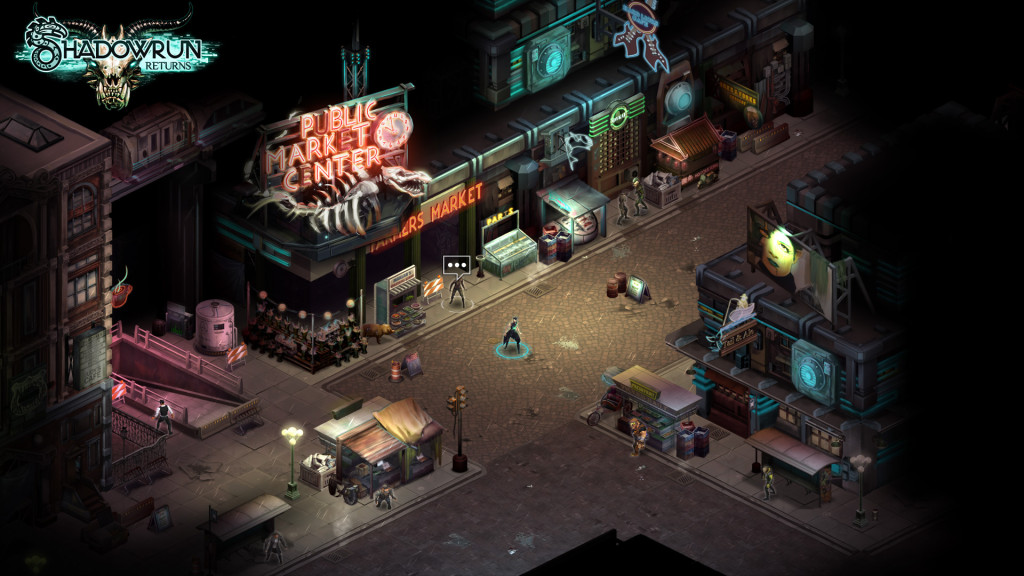 Combat in Shadowrun Returns is a turn-based strategy style that will be familiar to those that have partaken in the likes of the recent XCOM: Enemy Unknown. Each member of your squad, ranging 1-4 persons, has action points to spend each turn. These points can be used for movement within the set range, attacking, healing, buffing, reloading, or interacting with something in the environment. Once all points have been spent, the enemy forces get a turn. There is a cover mechanic, similar to XCOM's, with full-cover and half-cover available in the environment. It may have just been the way I was playing, but to me there seemed to be too few cover points in a lot of scenarios. There are also ley-lines, marked by runes of the floor of some locations, that when a magic user is placed upon their spells become more potent. I may have missed it, but I don't believe this was explained by the game either.

The real joy behind the combat is the vast number of options and tactics you may apply. Your squad can be made up of any combination of classes (so long as you can afford to hire the other shadowrunners prior to the mission) and thus you are presented with world of choices and viable approaches. I highly recommend experimenting with the various classes at your disposal, as they will not only provide you with more variety but will help you understand the options available to your character as you progress through the skill tree, or when replaying/playing other content. The dice rolls generally seemed fair, deciding between hit/miss as well as weak/critical attacks. It definitely felt like there was a lot less exasperated sighs/loud profanities over missing a 80% chance to hit than in XCOM.

In terms of difficulty, I never really had too much of problem. I only lost one squad member, as I was unable to get to him in time to revive him, but definitely came close on several other occasions. Most problems came from a mis-click or a poor decision on my part. That said, I was only playing through on Normal. The story is not difficult to progress through, with a few environmental puzzles to solve that it's hard not to solve as long as you click on everything clickable. The main story is pretty linear, but there are a handful of side missions that you can undertake, and optional items you can pick up in some missions, both of which aid your finances greatly. I never found myself low on money, or rather I never found myself without just enough money to fund the squad and supplies for the next mission (save one I had to go into without any med-kits) but having said that I'm pretty sure I completed every side-mission, so money might be quite a bit tighter for someone mainlining the story, or that missed a mission or bonus objective.

One of the most widely expressed issues with the game is the save system. No doubt to keep the challenge up and the reload-to-avoid-an-imperfect-run rate low, Shadowrun Returns has no manual save. Instead it saves on each loading screen, which often won't come until the start or end of each individual mission (some missions do have multiple locations/levels though, resulting in a load-screen/save). Honestly, I never encountered any problem with this system, other than when I needed to stop playing and was forced to continue until the end of the mission. I never felt the need to reload a mission, nor was I killed and forced to lose any amount of progress unnecessarily. Despite my personal experience not being impacted by this system, it is not hard for me to see how this could be a huge issue for other people's play-throughs. A minor change such as being able to save outside of combat or an autosave at the start of combat could potentially make a world of difference.

Shadowrun Returns comes with a significant learning curve, one that is unfortunately exacerbated, if not wholly created, by its lack of available system explanations. Once you have overcome this flaw however, it becomes a dynamic and deep strategy game wrapped in a dark and engaging world. Now equipped with an understanding of how all these systems work, I am left wanting more. While I am very tempted to play through again and have no doubt I would make a lot better use of the options available to me, there are also the options of waiting for the Berlin campaign, which is due out in October, or partaking in the user-generated content made possible by the inclusion of the level editor. Either way, I will definitely be revisiting the world of Shadowrun Returns.

Platform(s)
Mac / PC / Linux* / iPad* / Android*
*Not yet released on platform at time of review.

One thought on “Shadowrun Returns Review”