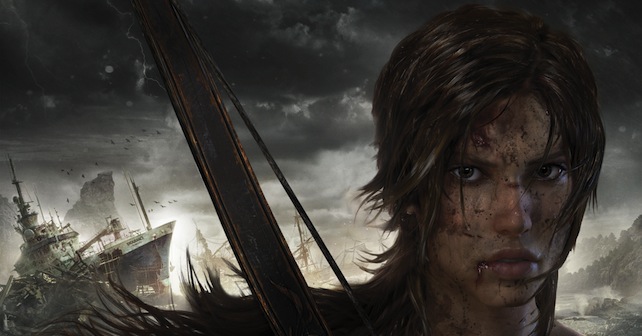 Crystal Dynamic's latest Tomb Raider offering is a complete reboot on the series, and attempts to create a more gritty and realistic world for, and character in, Lara Croft. The story starts you off on a ship, on your way to your first adventure as a fresh-faced, naive to the dangers of the world Lara. Naturally, things go wrong and Lara finds herself trapped on a remote and mysterious island, forced to learn quickly as she desperately fights for her life.

Lara starts out with a bow, but gradually equips herself with all manner of guns and melee attacks for combat, as well as several different traversal tools. Each of these can be extensively upgraded for more combat potency or new practical applications. The combat itself is visually and tactilely satisfying as third-person shooting goes, but the AI and constant stream of enemies from the same spawn points leaves something to be desired and does little to suspend an already strained level of disbelief present as this young, inexperienced woman carves down her enemies. The utility and power of the bow is fantastically satisfying, and the guns are competent enough backups for those rare moments when enemies got close enough to have to use the shotgun (though later on the melee attacks are far preferable) or the even rarer scenario where I actually ran out of arrows. Such heavy use of the bow is of course a choice I made, and I very much appreciate that it is a viable one. Switching primarily to the rifle towards the end, I found that the guns had a distinct advantage over the bow, but were definitely less satisfying.

The story is interesting in concept and, for the most part, well executed. It starts out strong by stranding Lara alone on the island, separated from her friends, and in doing so does enough to pull you into the world and the plight of Lara. But from there some of the characters are often too annoying to find likeable (Lara in particular). There are however some interesting and often subtle stories going on between characters that add some depth to the game, and go someway to making it more relatable. The facial animation and character design is at least of a consistently high quality, and is matched rather well with solid casting in the supporting roles.

Lara's voice acting is at times fairly good, but unfortunately often not so good. Her mispronunciation of Japanese words (or even English words) is baffling, but not nearly as baffling as when she changes her pronunciation of the same word when saying it at a later time. Her cries of pain and her startled or amazed gasps are bordering on pure hammy, if not just overkill.

It is Lara's naivety that is probably my biggest issue with her character, and while I understand that is intended to be a part of her fresh new explorer character, she's also meant to be this brilliantly intelligent person and should thus have some common sense. The fact she didn't immediately pick up on the nature of some events and characters, especially given how many journals she's read about them, bugged the crap out of me and created a huge disconnect between myself and the character I was assuming the role of, and only got worse with every time she failed to connect the dots.

Their attempt and ultimate inability to suspend disbelief is perhaps the most detrimental aspect of this game. Whilst I appreciate their notion of realism in having Lara actually come to harm, and I understand that a game in which such injuries impeded her constantly would be downright horrible to play, it is unfortunate that they then turn around and throw her down a cliffside, through some rapids, into a forest of trees or through a building or seven. She'll grunt and cry as it occurs, take a moment to recompose herself, and then shrug it off. Certainly nothing out of the ordinary in a game, but when you've gone out of your way to say "Lara will get hurt, and it matters" and then put her through what are frankly far more extreme falls or conflicts than a great deal of action games and have her come out unscathed, there's certainly a disconnect.

I also didn't find any of the quicktime events where she slides down a river or cliffside on her arse - some of the worst offenders of the aforementioned - or when fighting more substantial enemies to be particularly fun. To their credit, however, they were at least more cinematically interesting than most QTEs. 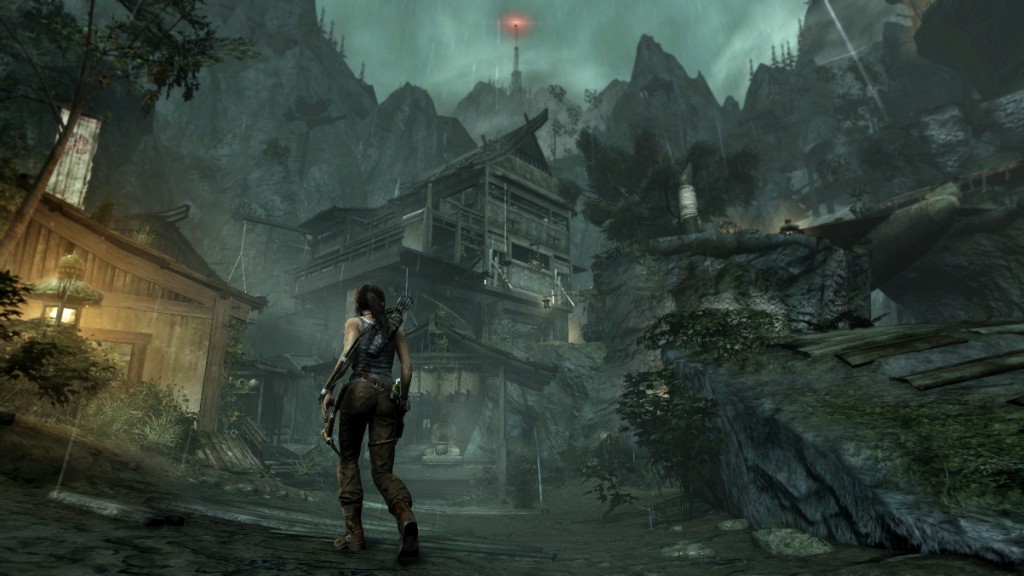 The upgrades system is for the most part pretty satisfying and well implemented, and often made the gameplay a great deal more fun and dynamic. Weapons definitely feel more powerful, and the alternate uses and mods on weapons and traversal tools make for some interesting changes to gameplay as you progress. At some point into the game, they essentially say "hey, you've been through all this slow climbing and roping, you've done your time; here's a faster way to do it all" and straight up all traversal faster. This is both a commendable design choice, and ultimately necessary to keep the momentum of events rolling. The spacing out of new abilities and equipment is pretty well executed and was usually enough to keep traversal interesting, combat varied and the pacing of the story on track.

Visuals are certainly one of the games strong points. Some gorgeous vistas, beautiful skyboxes and some great animations do the game a great deal of credit. The identical porous, climbable rock-walls and the constant presence of thick, tightly wound white rope is a tad ridiculous and I certainly started to grow sick of the sight, but recognisability was obviously key to the traversal system. The weather, which plays a key part in the story, was well crafted and at times felt genuinely powerful.

In terms of audio, most of the voice actors provide solid performances and the scattered conversations between the island inhabitants are even sometimes interesting and generally appropriate (save few too on-the-nose expositional lines). The atmosphere, weather and action effects are very well designed and do a fine job of creating the world around Lara. The soundtrack is occasionally quite powerful, but for the most part is fairly standard. At the very least I didn't find it to be intrusive or repetitive, and like I said there were times where it could be quite moving.

Parts of the 3rd act became somewhat draining, as the story started to feel fairly drawn out, but the payoff was quite good, with a decent - if slightly abrupt - ending. Despite the numerous slight issues I take with it, the game does seem to come together to create a complete package of reasonably high quality and enjoyability, and I do start to feel that some of my complaints err on the side of nitpicking and largely revolve around the issue I took with Crystal Dynamic's attempt at realism. The game feels great, looks great and a solid story holds it all together. If you can overlook these lesser shortcomings (which I'm sure you had a much better chance of doing before reading this - sorry) then you should have a pretty enjoyable experience awaiting you.

One thought on “Tomb Raider Review”