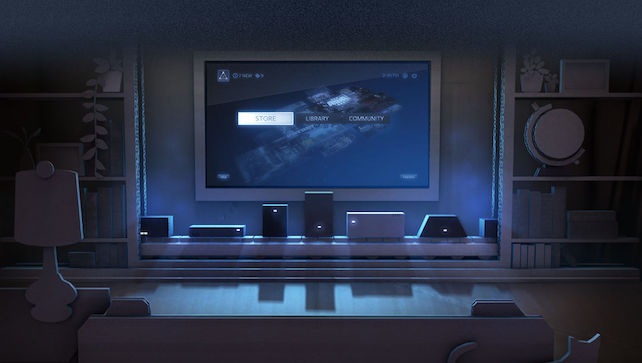 Valve has announced the system specifications for its Steam Machine prototype via a statement on the Steam Community website.

The prototype, which will be sent out to 300 Steam users later this year as part of the Beta test, represents the intended high end of the Steam Machines line. Made from off the shelf PC parts, the machine is ” fully upgradable, allowing any user to swap out the GPU, hard drive, CPU, even the motherboard if you really want to”.

The prototype specs are as follows:

Valve described the model to be “the kind of machine that a significant percentage of Steam users would actually want to purchase – those who want plenty of performance in a high-end living room package”, “this design is not meant to serve the needs of all of the tens of millions of Steam users… …Many others would opt for machines that have been more carefully designed to cost less, or to be tiny, or super quiet, and there will be Steam Machines that fit those descriptions.”

The prototype hardware will also be shipping to the 300 Beta testers with a prototype Steam Controller. This version of the controller will be wired and will not feature the touch screen. In the same announcement, Valve told fans to “stay tuned for some closer looks at the Steam Controller”.

Valve’s Steam Machines, and other models provided by other manufacturers, will be available for purchase at unknown prices in 2014. The specifications of these machines will vary greatly from the prototype, and from each other.